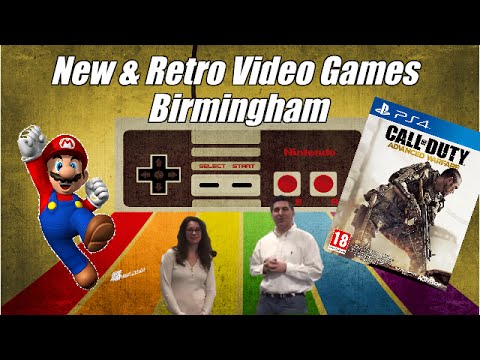 Zone 1 Video Games in Birmingham AL has a HUGE selection of retro games for Nintendo, Mario Bros, Pac Man, Sega Genesis and has a constantly changing inventory for used games as well for the new gaming consoles.

Retrogaming, also known as classic gaming and old school gaming, is the playing or collecting of older personal computer, console, and arcade video games. Usually based upon systems that are obsolete or discontinued, these games are played either on the original hardware, on modern hardware via emulation, or on modern hardware via ports or compilations.

Video Created by the best videographer in Birmingham AL.