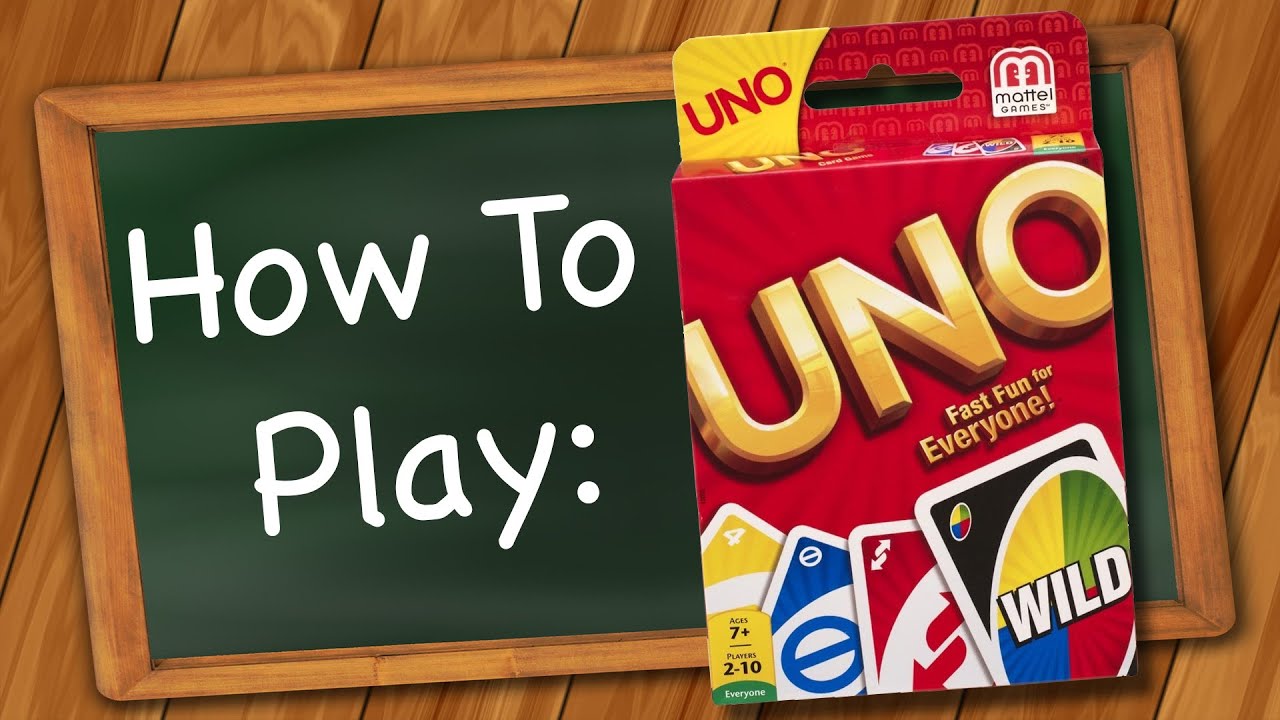 After dealing, the dealer flips over the top card of the deck. Beginning clockwise from the dealer, players play 1 card each turn. A legal play is a card that either matches color, number, word or symbol (based on what version of the game you have), or it is a wild.

Some of the special cards are as follows:
Skip: the next player forfeits their turn.
Reverse: changes direction of play.
Draw 2: the next player draws 2 cards and forfeits their turn.
Wild: may be played on anything and allows you to pick a color that the next card played must follow.
Draw 4 Wild: does the same as a wild but in addition the next player must draw 4 cards and forfeit his turn. However a Draw 4 Wild may only be played when you don’t have a card in your hand matching the color being played. Wild cards represent no color until they are played.

When you get down to 1 card in your hand you must call “UNO”, meaning 1. If you don’t call “UNO” by the time your second to last card touches the discard pile any other player may catch you on this. If they do before the next player draws, you draw 2 cards.

If the round hasn’t ended and the draw deck runs out of cards, shuffle the discard pile and it becomes the new draw deck.

When a player plays the last card in their hand the round ends. If that card is a draw card you still fulfill the drawing. Points are then scored. The player who goes out receives points for every unplayed card in other player’s hands.

All cards 0-9 are worth face value
Draw 2, reverse, and skips are worth 20 points
Wilds and draw 4 wilds are worth 50 points

If a player makes a suggestion to any other player on what card to play, he must immediately draw 4 penalty cards

If a player doesn’t have 500 or more points, reshuffle and deal and play again. The winner of each round becomes next round’s dealer. The first player to or exceeding 500 points, wins.