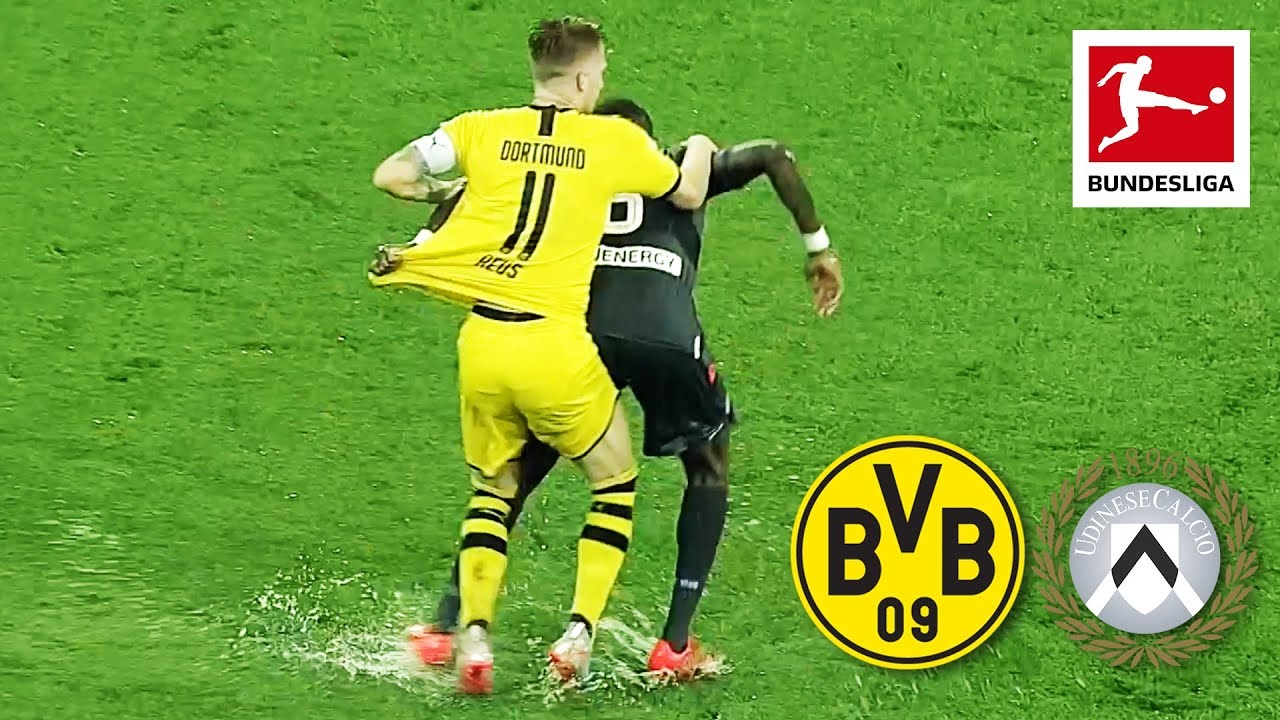 It started out as a normal friendly between Borussia Dortmund and Serie A side Udinese. Newcomer Thorgan Hazard gave BVB the lead early on before Mario Götze added another from the penalty spot as Dortmund dominated the match, only allowing Udinese a few chances. Further goals from Julian Weigl and Julian Brandt effectively killed the game off for Dortmund before the interval. In the second half, Rolando Mandragora scored a consolation for the Italians with an eye-catching free-kick, before the referee ended the game in the 84th minute due to heavy rain. Which goal was your favourite? Let us know in the comments!

► Watch Bundesliga in your country:

► Join the conversation in the Bundesliga Community Tab:

The Official Bundesliga YouTube channel provides exclusive content for fans of Germany’s top league from all around the world that can’t be found anywhere else. Subscribe now and visit us at to see what all the noise is about!