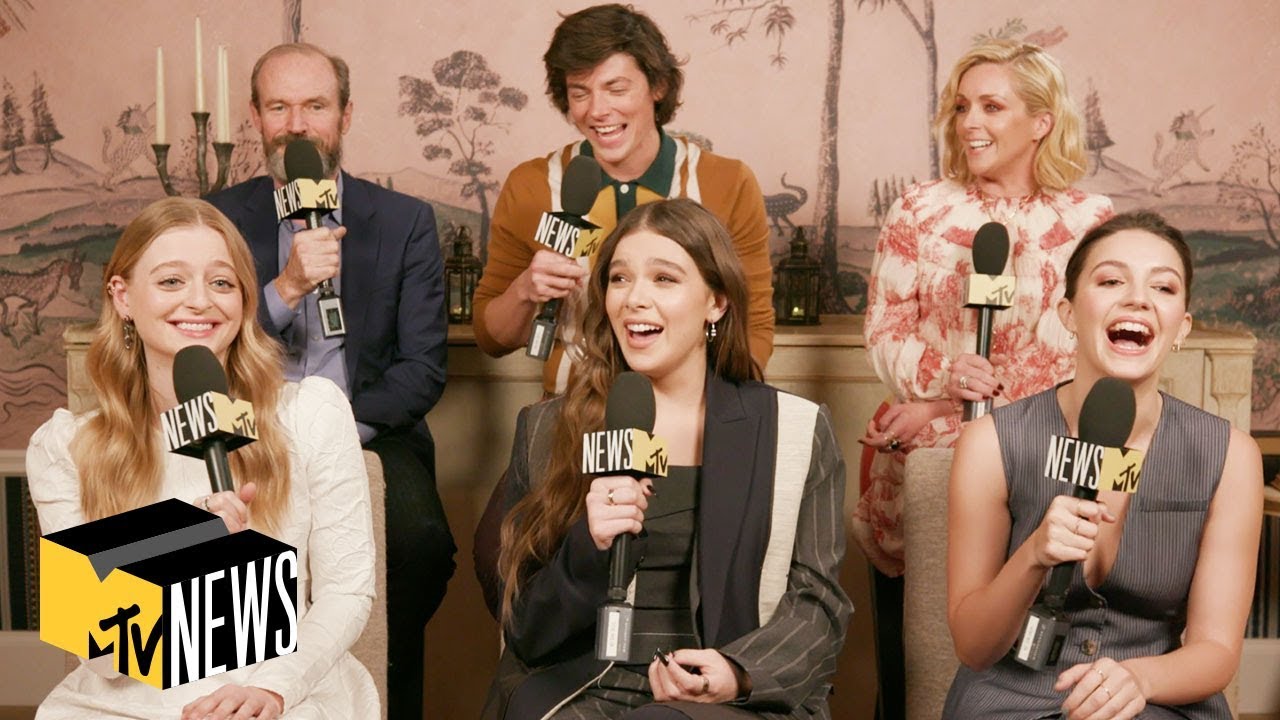 The cast of ‘Dickinson’ (Hailee Steinfeld, Adrian Enscoe, Anna Baryshnikov, Jane Krakowski, Toby Huss, and Ella Hunt) plays Dive In with MTV News, where they answer questions from a fishbowl. They talk about their definitions of a wild night, what piece of 1800s clothing they would bring back and leave in the past, juiciest notes they’ve received, and if they’re good at dancing and poetry.

#MTVNews is your destination for music docs, celeb interviews and more!