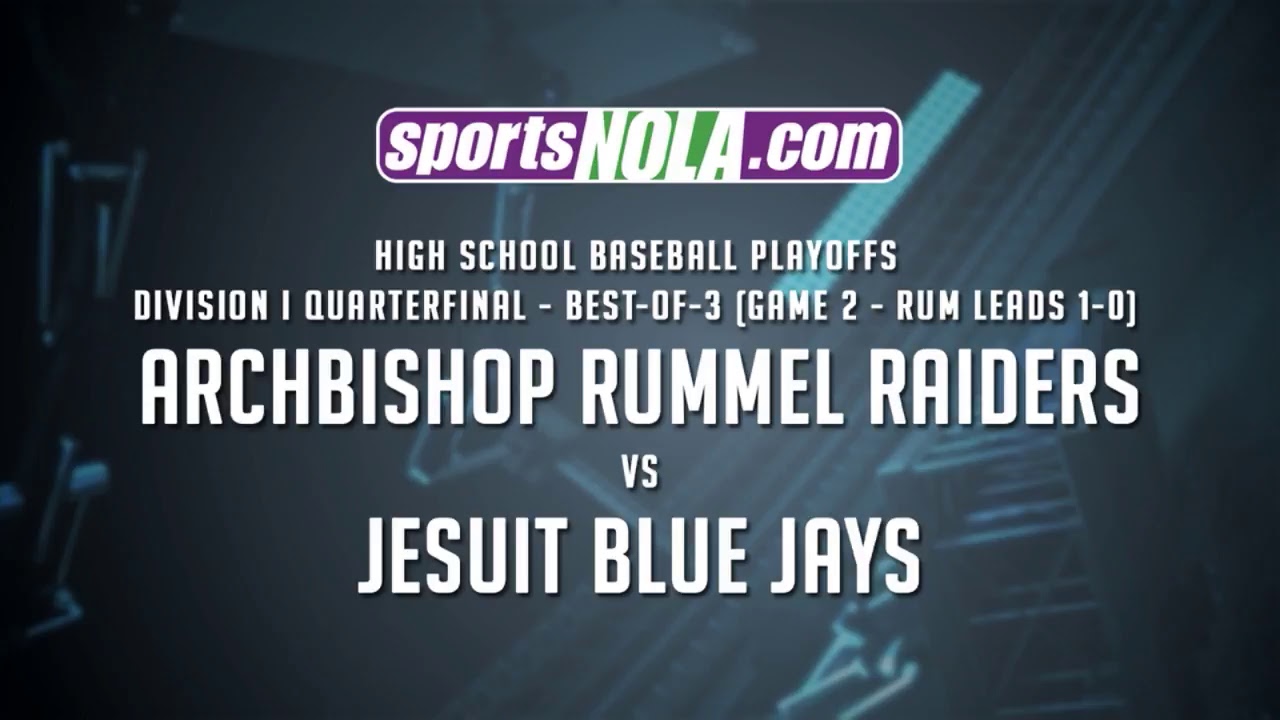 A high-profile matchup in the quarterfinals of the state Division I baseball playoffs will air live on SportsNOLA.com Friday and Saturday, wrapping up the website’s live high school sports coverage for 2016-17.

SportsNOLA will have coverage of the best-of-three series between No. 5 seed Jesuit and fourth-seeded Archbishop Rummel from Kirsch-Rooney Stadium. The opening game is at 6 p.m. Friday, with game two scheduled for 3 p.m. Saturday. If a third game is necessary, it would be played one hour after the conclusion of the second game.

The District 9-5A rivals split the regular-season series three weeks ago. The Raiders took the series opener 5-2 before the Blue Jays bounced back two days later with a 10-4 victory.

The regular SportsNOLA and WHNO TV 20 baseball broadcast team of Ken Trahan and Danny Riehm will describe this weekend’s action.